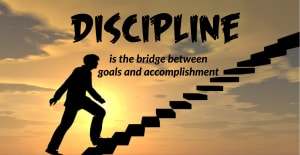 1. Set BIG Goals
That’s right, set big goals.  That’s what we do every day at Tring Martial Arts Academy.  Every Day you will hear or see something related to earning your Black Belt.  Not your white belt or your orange belt, but your black belt.  We are not a White Belt Academy, in fact we are not really a Black Belt academy any more, we are now a Masters Academy.  The big goal isn’t just your black belt anymore, its become a master of martial arts, its about achieving the pinnacle of excellence that is represented by earning a black belt AND going beyond this benchmark.  It’s about excelling and growing far beyond the limited mindsets that we start with.  So when you start training at Tring Martial Arts Academy, get used to us talking about Black Belt and about being a Master, there is your big goal!

2. Set Clear Mini Goals
Fortunately, unless you buy your black belt from JJB sports, you ain’t going to make black belt after your first class, even though a few people have over the years had a grossly inflated opinion of their own ability and were devastated when they realised that all that time spent learning from Sensei YouTube was wasted.    For this reason, we set clear Mini Goals which are represented by experience categories:

We even set Mini, Mini goals within each of these experience categories, represented by belts.  We know all to well how easy it is to become disillusioned by a Big Goal without setting clearly defined Mini Goals. Just like climbing a mountain, you don’t start at the bottom and go straight up, you climb to base camp, then a second camp and maybe a third or fourth before you reach the top!

3. Know that EVERY day matters
Every day that you are not focused on your goal is another day closer to your own ruin.  Okay, you might not be training with us in class every day – you should be training at least twice a week – your off days are just as important.  Getting adequate rest, eating a balanced diet, making sure your chores, home-work or other responsibilities are taken care of, nothing matters more than making your classes.  To establish a Discipline, you must first create a habit.  To form a habit you must work hard to repeat an action.  Repeat that action over time, it becomes a habit, repeat the habit over time it becomes a discipline.

Fact – its really easy to develop Bad Habits, but extremely hard to develop good one – this is going to need your 100% commitment and consistent effort.

4. Don’t argue with the plan
So true, we set out the plan to take you from Beginner To Master based upon our own experience and what we know works.  There is no cheat code, there is no short-cut, you need to put in the time.  I will share a funny story that sums this up very well.  We train in Bo Staff, it’s a 6ft Wooden Staff Weapon which has many practical uses for both display and self defence.  There was a guy on Youtube doing a display where he was twirling 2 Bo Staff’s and a couple of my younger students were in reception watching this on a tablet.  I commented to both of them that they should master the single staff before trying the double staff but both replied, almost in unison, that they weren’t going to bother with the single staff and instead go straight to the double.  Something like, “Nah, we just want to do the double staff”.  I am sure it won’t come as much of a surprise when I tell you that later in the week they showed up with cuts and black eyes from trying the double staff routines clearly feeling embarrassed.  They both quit training a few months later when they realised it wasn’t going to be as easy as they hoped it would be.

5. Build a “No-Matter-What” Mindset
No-Matter-What, I must come to class.  Create the mindset that you can miss a meal but not your class, coming to class is vitally important.  But what if I am injured, “come to class anyway, if you can’t do the exercise you can at least be there to watch, to learn, to remain inspired, to keep your commitment.  I have a great story about this, some of my instruction team are already yawning because they know what is coming – I took a break from training for 2 weeks to move house, and I didn’t go back for 6 months.  I was a Brown Belt at the time and I said to my teacher, “Sensei, I am moving house so shall be off for a couple of weeks”.  He replied, “Good luck with the move, see you at class as normal”.  When I reminded him that I said I would be off for a couple of weeks he looked at me rather sternly and said that it is too long and I will get out of the habit of training.  “No, I will be back” I said.  I have heard this literally thousands of times from students who have told me that they are taking a break.  I always tell them that they won’t be coming back because they will get out of the habit of training.  I don’t like to be proved right in this regard but unfortunately it seems that I am almost always correct.  I can think of maybe a handful of people who actually have.

This makes me think that either they are just saying they intend to come back either to save my feelings or to save their own because they know they made themselves a promise but its easier to say they intend to return that admit that they are quitting.
The irony of my story is that if I had not have bumped into my Sensei in town some 6 months later and promptly got back to class, I wouldn’t be writing this now.  TMA would never of happened.  Imagine what might not happen if you quit your training?!

6. Plan a Routine
We are open 6 days per week, and students need only attend two classes within that 6 day schedule.  We often get asked if students can come once per week instead, but there is 1 very important reasons why we don’t accept students who cannot train at least twice per week:

Our curriculum doesn’t allow for it, we have too much to teach students in the foundational stages (beginners) which means that instead of spending 12 months in Beginners they would more likely be spending 2 years there, assuming that they would still be training.

What I have learnt over these past 16+ years is that when two students start together the student who trains twice a week gets fitter, faster and more technically proficient.  They build their confidence and their ability and are soon at a proficiency level that means they can move up to the Intermediate classes.  Whereas, the student training once per week will not keep up with the pace and ability of the other student.  They will take longer to go through the belts and in most cases are still in Beginners when their friends have all moved up.  This is extremely demotivating for the student left in beginners and inevitably they quit which is a waste of money for their parents and a waste of time for us.

Therefore, we are quite strict on the twice a week policy.  Like my Dad used to say, If You Think You Are Going to Quit, Don’t Start.  Well, I am pretty confident that once-a-weeker’s will quit, so I feel it is best not to start.  That doesn’t mean of course they cannot take up martial arts, there are many amateur clubs out there who can cater for 1 class per week, usually because that is all they can offer out of a church hall or sports centre.

Find out more about training at Tring Martial Arts Academy by visiting www.TringMartialArts.com or www.facebook.com/tringmartialartsacademy