Slow Internet When Joining a Class?? 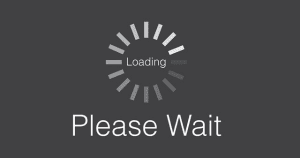 A number of our members have reported to us that when they join our classes that they are suffering with slow internet speeds.  It would be very easy to think that there might be a problem at our end but it is just as possible that everyone is experiencing slow internet speeds due to the extremely high demand due to the lock-down.  Over the past few weeks I have noticed a few comments from members about internet speeds so I thought I would investigate the issue and see if there are any solutions.

My research threw up the usual adverts and speed test programmes that led to buying something, and then I noticed a number of articles about ISP’s “throttling bandwidth”.

A computer network typically consists of a number of servers, which host data and provide services to clients. The Internet is a good example, in which web servers are used to host websites, providing information to a potentially very large number of client computers. Clients will make requests to servers, which will respond by sending the required data, which may be a song file, a video, and so on, depending on what the client has requested. As there will typically be many clients per server, the data processing demand on a server will generally be considerably greater than on any individual client. And so servers are typically implemented using computers with high data capacity and processing power. The traffic on such a network will vary over time, and there will be periods when client requests will peak, sometimes exceeding the capacity of parts of network and causing congestion, especially in parts of the network that form bottlenecks. This can cause data request failures, or in worst cases, server crashes.

In order to prevent such occurrences, a server administrator may implement bandwidth throttling to control the number of requests a server responds to within a specified period of time. When a server using bandwidth throttling reaches the specified limit, it will offload new requests and not respond to them. Sometimes they may be added to a queue to be processed once the bandwidth use reaches an acceptable level, but at peak times the request rate can even exceed the capacities of such queues and requests have to be thrown away.

Step 1: Read Your Internet Contract – Know What Speed You Pay For

Step 2: Do An Internet Speed Test

If you are having trouble with videos on YouTube or Netflix or even Spotify audio, you may want to start testing your internet speeds.

After doing the first speed test, your benchmark, then use the Netflix speed test tool at Fast.com which is based, in part, on Netflix data (which helps sort if you have an ISP intentionally slowing down your connection) and compare.
Step 4: Consider getting a Virtual Private Network (VPN)

Since 2014 I have been using Express VPN and it is loaded onto all the devices at Tring Martial Arts Academy, which is one of the reasons why I don’t believe that issues connecting to our zoom classes can be at our end, because we use a VPN.  VPN Stands for Virtual Private Network and Express VPN seems to automatically switches us to the best internet speeds and providing an extra layer of security for our members, which I think is important.